Trapping Atoms with a Single Laser

In the summer of 2009 I worked at Durham University's Atomic and Molecular Research Centre (AtMol), working towards trapping molecules with a single laser using a pyramid magneto-optical trap (MOT). As a research associate I worked with PhD students working on the project.

Strontium is an unusual choice for an atom to trap - because it has 2 valence electrons, it is more difficult to trap than those with one valence electron. However, one of the advantages is that the lasers used to trap strontium are in the visible spectrum, leading to some cool images: 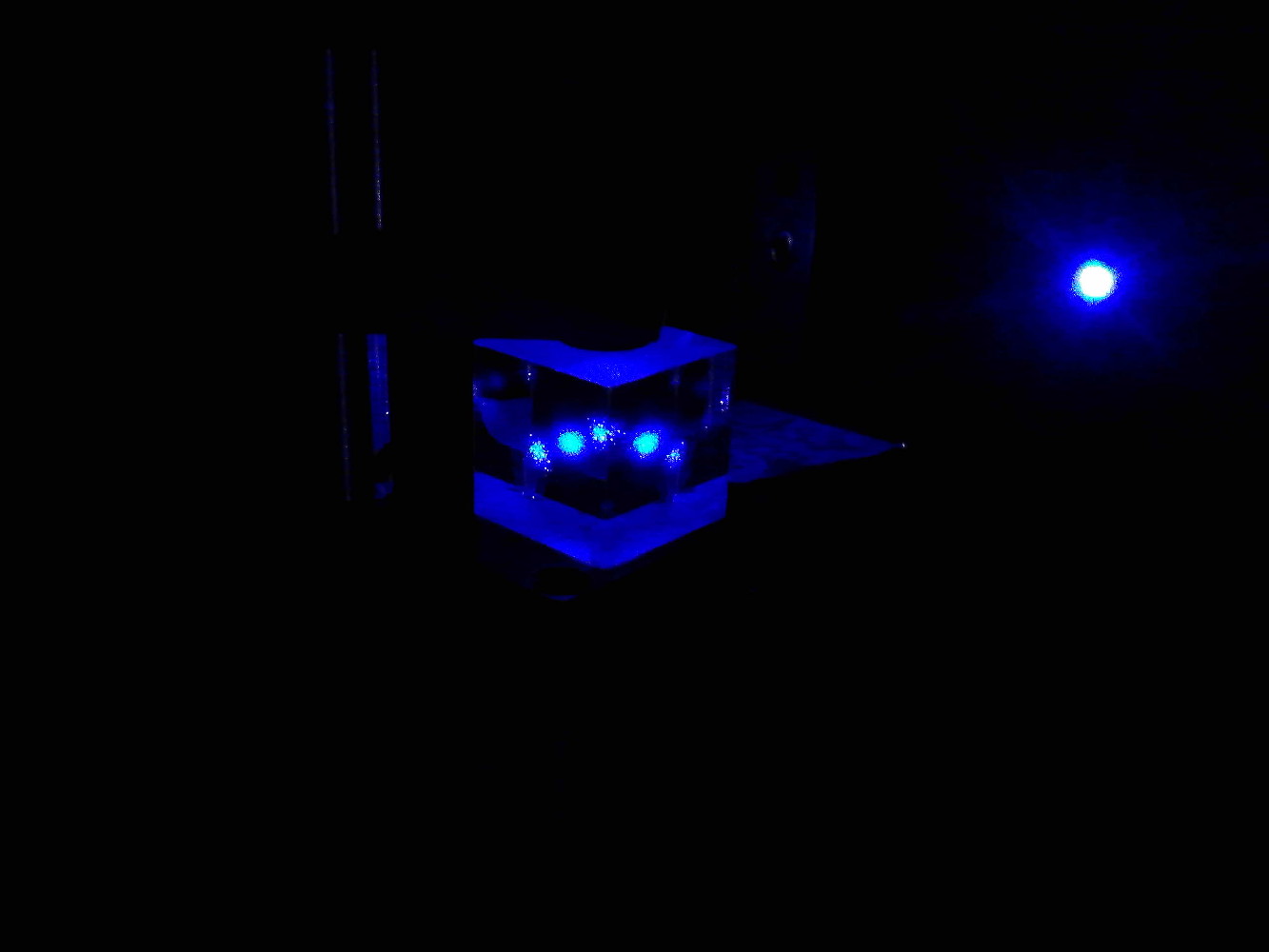 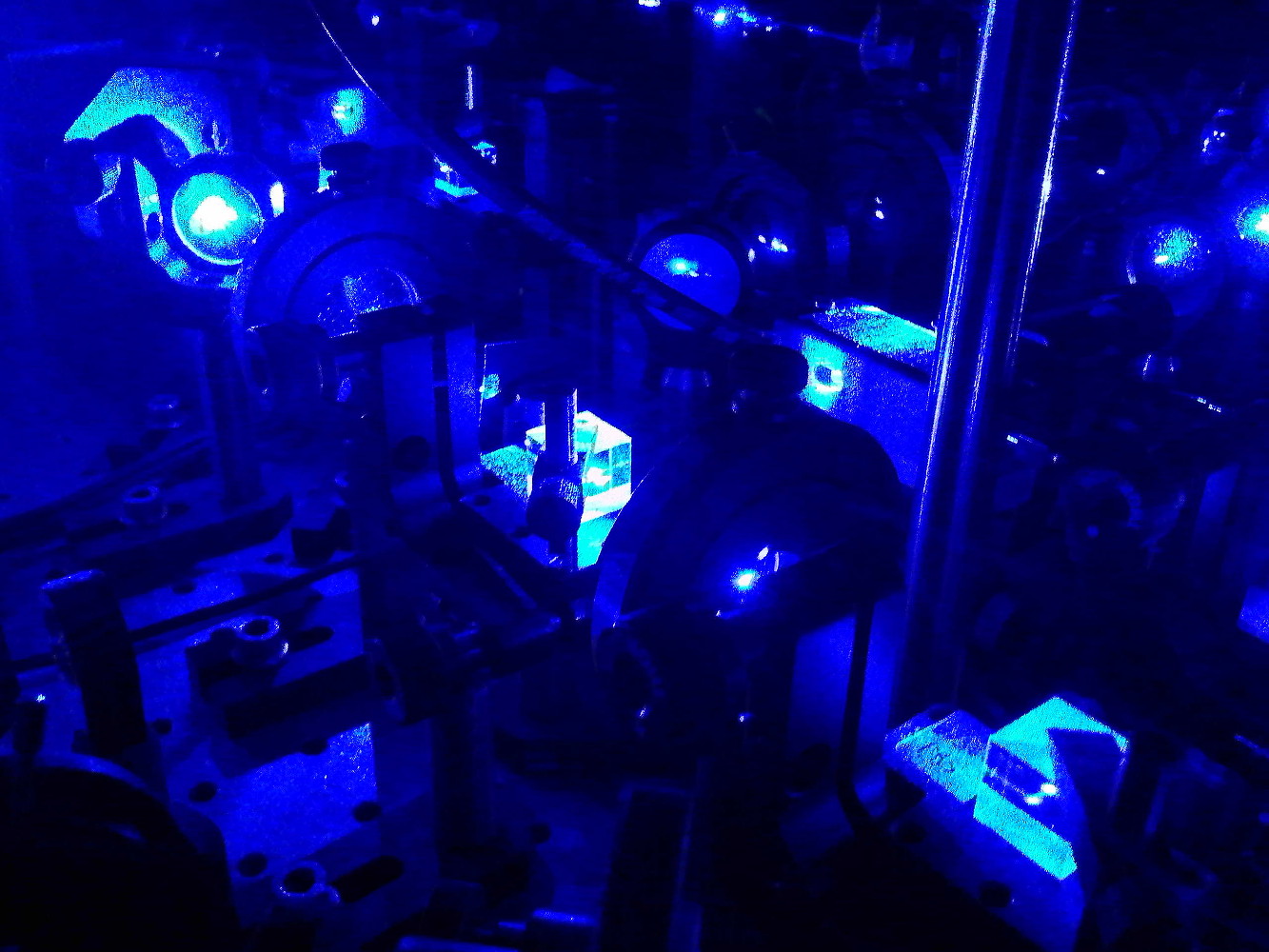