Over three years I was part of three shows.

Jonny Arnold and Friends ran for 3 years on a Saturday afternoon, where I would invite one of my friends onto the show each week to play some of their favourite songs and talk about anything at all. Unfortunately, often I was unable to get friends onto the show and had to do it all by myself!

The Wednesday Evening Show launched in October 2010 and featured the same line-up of presenters that went on to do The Sunday Evening Show on The Mix Radio. This show was one of the station's branded shows and reached high listener figures in its 5-7pm drive-time slot.

Purpre Radio Presents was the weekly showcase of the updated playlist presented by the Music Team, broadcasting on Sundays between November 2009 and April 2010.

I liked Purple Radio so much that in April 2009 I was appointed Deputy Head of Music, working alongside the Head of Music in reviewing new music and deciding the station's playlist. In late 2009 I was promoted to Head of Music; a position I held until April 2010. 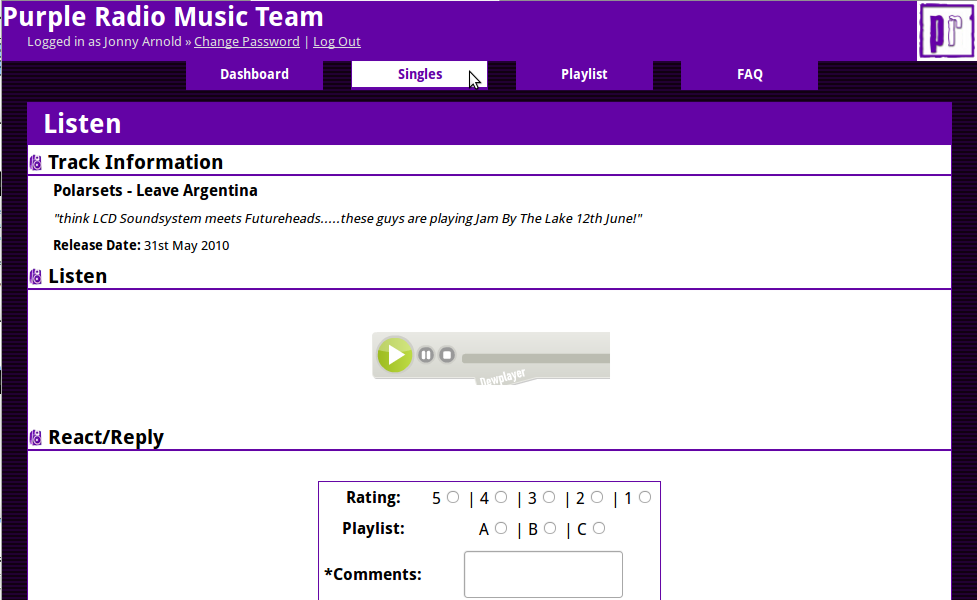 The website succeeded in bringing music to more of the Music Team, and received hundreds of posts in the months it was running.

In April 2010 I became Head of Technical Services. As part of my tenure I single-handedly rebuilt the Purple Radio website as well as helping with the station's rebranding. 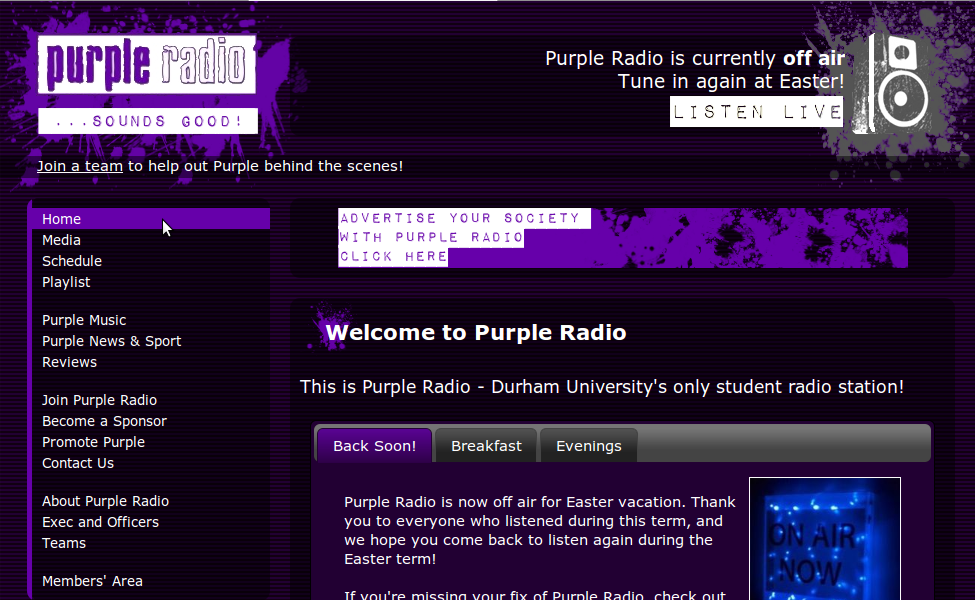 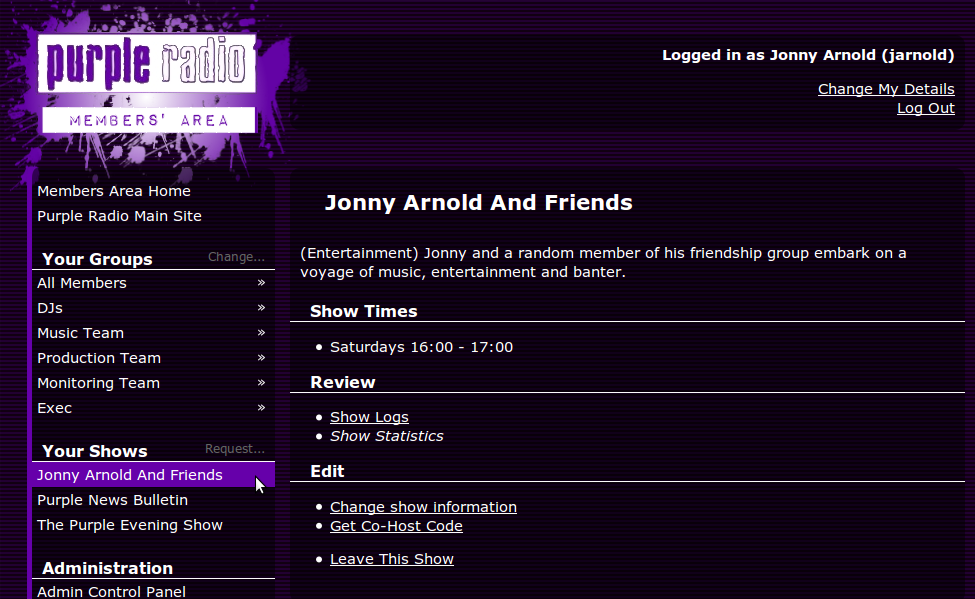 The rebuild included a bunch of new features:

This was all hand-written in PHP alongside my studies. I was very pleased with the end result, and owe a lot of my first experiences in web development to this website.

As part of the Executive Committee I did a number of things that don't fit into the above categories: 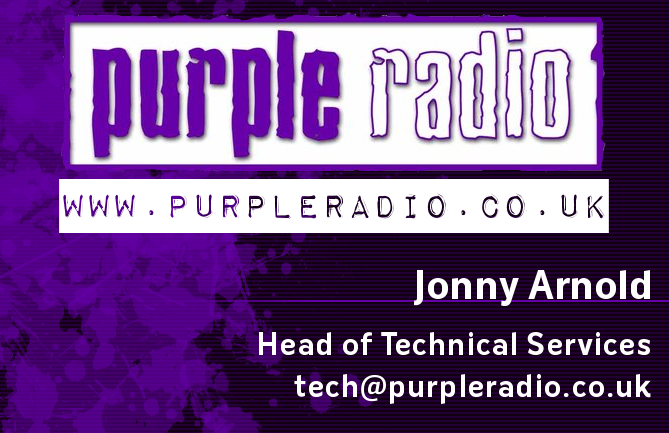 Purple Radio is still going strong (but with a different website!), so give them a listen!