Running Coupling in the Standard Model and Beyond

In particle physics, we deal with three fundamental forces of Nature (gravity is considered too weak to be included). It has been found that the strengths of each of these forces is not constant, but dependent on the amount of energy in a collision. As the forces' strengths - or coupling - vary at different energy scales, there is a possibility that these forces could unify at a single point. This is interesting, as then we could postulate that the three forces we see at 'low' energy scales are actually three manifestations of the same unified force at a higher energy.

For my Masters project at Durham University I looked at a number of theoretical particle physics models and determined where (if anywhere) the fundamental forces of physics unified in the theory. The full paper can be found here.

I came to some interesting conclusions: the Standard Model of particle physics does not allow unification. Only when we look to supersymmetry do the fundamental forces unify. If we consider a more exotic model and allow extra compactified dimensions, the energy level at which unification occurs is made even lower. 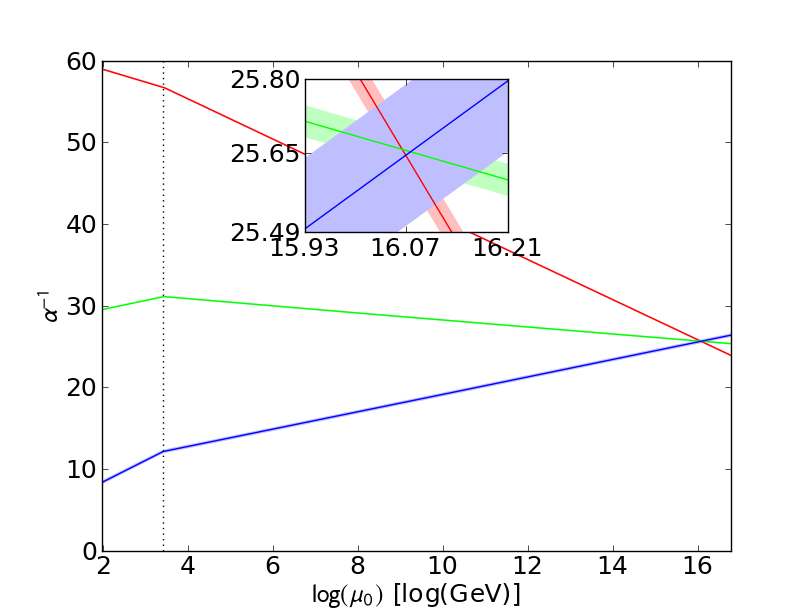 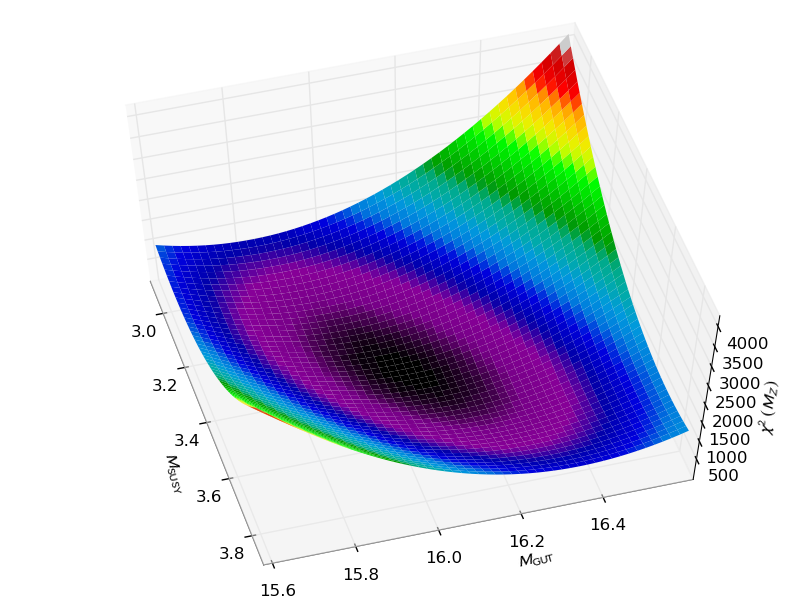 These conclusions suggest that supersymmetry could eventually lead to a Theory of Everything - a single set of equations that govern the entire of particle physics.

For more information, including the code used to investigate this area, check out my GitHub project.